The Lilliput BM120-4KS is a 12.5" 4K resolution monitor with 3D LUTS and HDR. Designed for the professional video and film industry and is ideally suited for directors and camera operators operating 4K capable equipment or can be used by camera crews to shoot outdoors in the field.

The BM120-4KS's functions are the same as the previous BM-4KS, the biggest difference is that the housing design is portable and lightweight, and the entire body is only about 4kg, which is much lighter than the previous BM series. 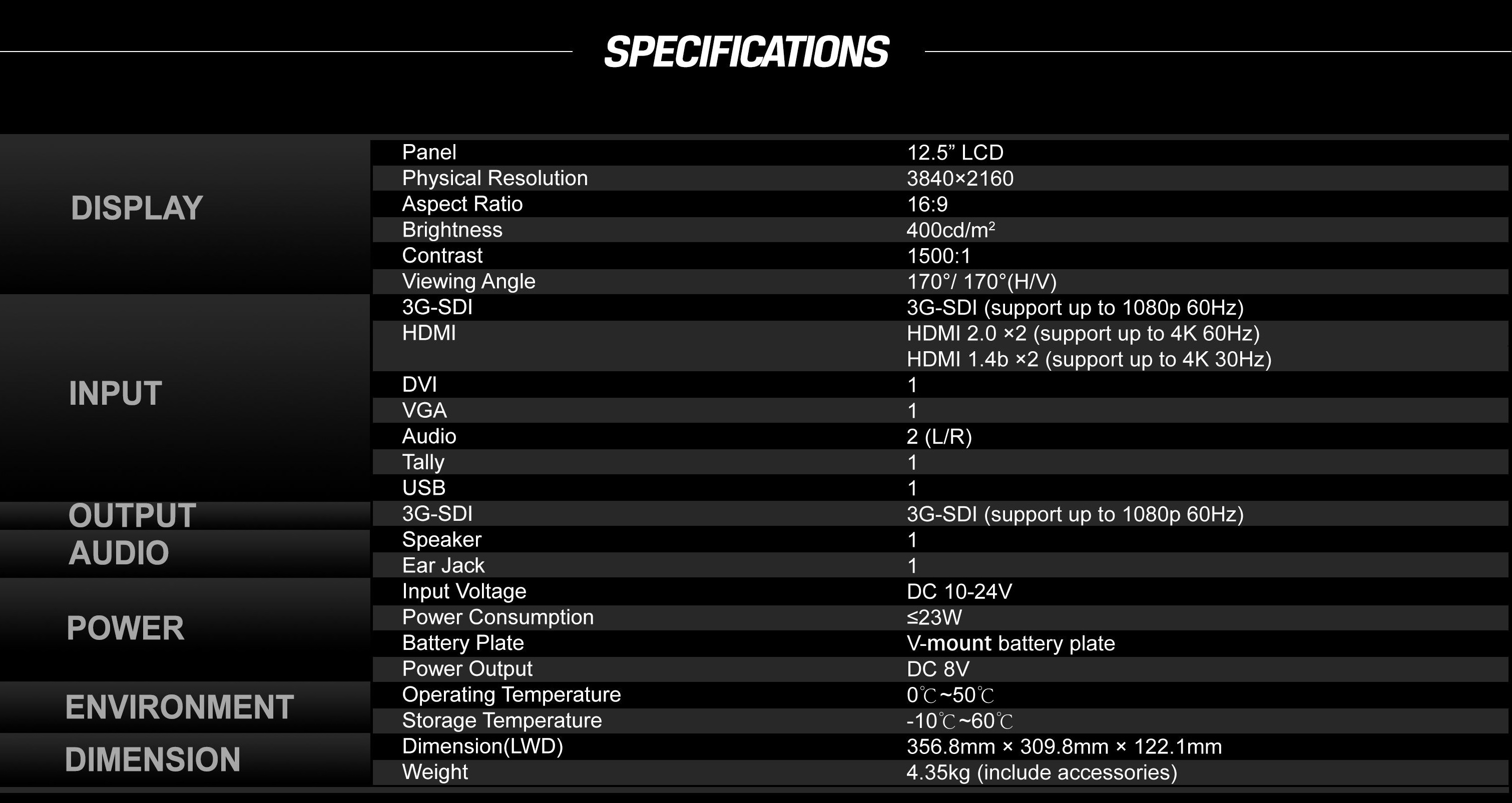 The Lilliput BM280-4KS is a 28" 4K resolution monitor with 3D LUTS and HDR. Designed for the profess..